On July 3rd 2020, the British government committed $500m to successfully acquire a 45% stake in OneWeb[i], a company whose ambitions for mass constellation broadband were thwarted by Chapter 11 bankruptcy in March.[ii] The size of the taxpayer commitment, uncertainties over the commercial and technical feasibility of OneWeb and its strategic alignment with UK space strategy has attracted significant scrutiny and interest in the Government’s vision. Tom Goulding explores these issues in this edition of Space in Focus.

OneWeb’s concept for a Low Earth Orbit (LEO) satellite communications system for global high-speed broadband[iii] has long been well known among industry watchers. As previously discussed in Space in Focus[iv], the emergence of low-cost modular satellite design and manufacturing processes have made mass constellation LEO broadband a technologically and financially viable proposition. These lower orbits of around 1,200km[v] enable powerful signals with lower latency than high-throughput broadband signals available from higher orbits. This could allow satellite constellations to expand their business offering to address mass market and time-sensitive applications that require continuous connectivity.

While OneWeb’s LEO-broadband concept is one proposed use of such mass constellations, the UK Government’s investment appears to be motivated by a desire to explore other proposals. Of particular interest is the novel concept of a dual-use LEO system that can support resilient positioning, navigation and timing (PNT) and supersede the need for a UK sovereign global navigation satellite system (GNSS) in the style of other GNSS programmes.

Finding such a PNT replacement is likely to be a pressing concern for the UK Government, as Brexit ends Britain’s stake in the EU’s Galileo Public Regulated Service (PRS), a secure encrypted position and timing service. The PRS service, in which the UK played a significant role in the design and development, is restricted to (EU) ‘government-authorised users’. While consumer use of Galileo’s other services remains possible, national security and military services require unrestricted access to a secure, ideally sovereign, system. As Mark Garnier MP, vice-chairman of the UK’s all-party parliamentary group on space put it, “We have spent some £90 million looking at our own alternative – GNSS – but have concluded that it would be too ambitious. Costs of £5 billion concentrate the mind.”[vi] Britain saw and seized an opportunity to adapt OneWeb for use as a lower-cost combined communication and positioning service. 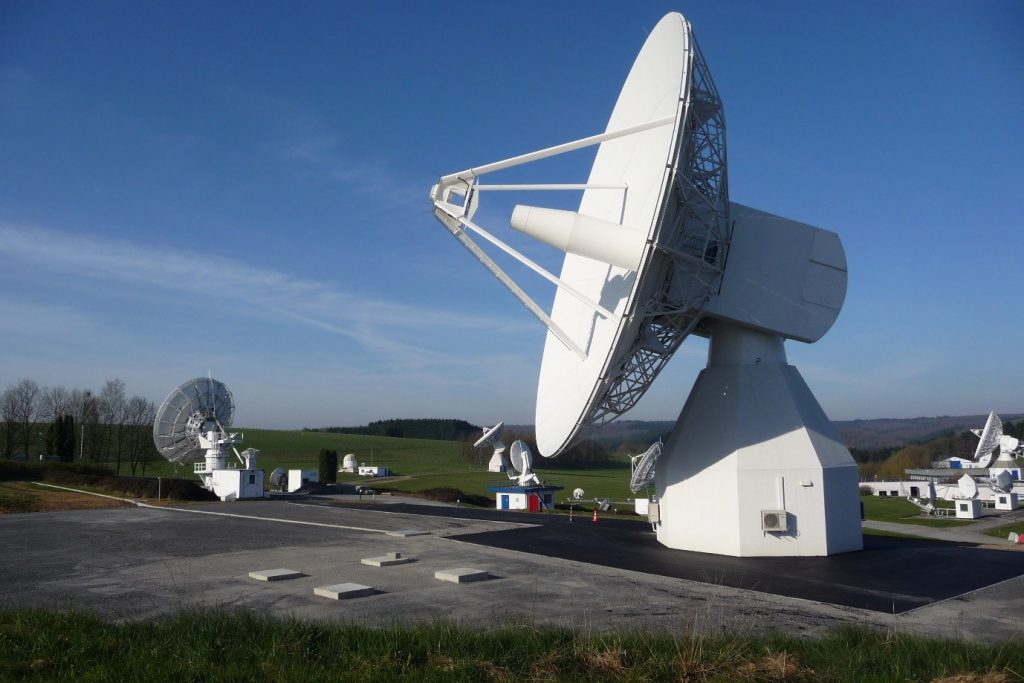 Despite OneWeb’s lower cost, the most senior civil servant from the Government’s own Department for Business, Energy & Industrial Strategy could not recommend the purchase as an appropriate use of public funds[vii]. She also cited the UK Space Agency’s assessment that further investment will likely be needed to complete the system and encourage user uptake, and the significant risks associated with making a single large investment rather than adding a smaller stake in OneWeb to a larger portfolio which spreads risk. Interestingly, while other OneWeb detractors have echoed and reiterated the civil service letter, many have failed to repeat some non-financial considerations that are raised in the letter.[viii] These considerations include potential long-term foreign policy, soft power, manufacturing, and mass constellation early-mover advantages. Indeed, the Government’s stated motivations appear to encompass broader industrial and strategic considerations, with business secretary Alok Sharma asserting that the deal “underlines the scale of Britain’s ambitions on the global scale,” and presents an opportunity to further develop the nation’s advanced manufacturing capabilities.

The pressing question is therefore, precisely what can OneWeb do to meet the UK’s needs? As identified by Mr. Garnier, OneWeb is less expensive in the short run; it has the benefit of its existing infrastructure and 74 completed satellites, and LEO constellations are easier and cheaper to launch and replace. By some measures it is also likely to be cheaper than a custom-designed alternative in the medium term, though this cost saving needs to be weighed up against reduced functionality relative to a system tailored to the Government’s needs.

In terms of technical capabilities, a LEO constellation is closer to Earth than existing GNSS systems in Medium Earth Orbit (MEO), thus suffering less path loss and potentially delivering higher signal strength, which could penetrate deep into buildings, unlike current GNSS systems[ix]. This could open new applications, such as location-based advertising, improving the accuracy of the vertical location of emergency calls (e.g. from high-rises), and accurate asset or people tracking that require a seamless positioning both indoor and outdoor or in the urban environment.

Furthermore, LEO systems are more resilient to interference or jamming, owing to the stronger signal on the ground. Additional resilience comes from the redundancy brought by volume. Hundreds or thousands of satellites in a network travelling at high velocity in LEO mean each one is only critical for operations for a few minutes at a time.[x] These advantages have also been considered by the US military’s Defense Advanced Research Projects Agency (DARPA) as part of their ‘Blackjack program’, which aims to demonstrate how PNT payloads in LEO orbits can augment other satellite navigation systems.[xi] These resiliency gains are of obvious interest to the UK and offer a valuable complement to traditional GNSS that have an entirely different set of weaknesses. The Government’s ‘golden share’ in OneWeb gives it veto power over who can access OneWeb’s services and changes including takeovers or acquisitions. This reinforces these potential security features.

The Government’s logic behind the purchase becomes more understandable in light of the advantages offered by OneWeb but many critics still remain. As alluded to already, the design specification for OneWeb is by no means optimised for positioning services. The satellites already in orbit are not currently tracked with enough accuracy to allow positioning capability. The already-launched satellite design does not currently allow for the military-grade encryption the UK likely wants. To allow for positioning as well as the default communication capabilities, payloads will have to be added to OneWeb’s design and new receivers must be developed, introducing fresh technical and financial challenges.

These challenges stem from the fundamental issue of trying to adapt a system optimised for one purpose to serve more. For example, GNSS systems require expensive ‘space-qualified atomic clocks’, and so a OneWeb positioning payload that follows the dominant design will require hundreds, which is far in excess of the UK or indeed the world’s supply capabilities.[xii] For reference, the cost of equipping one Galileo satellite with atomic clocks was €2.2 million.[xiii] Combined with the relatively short lifespan of LEO satellites, which generally run out of fuel years earlier than their higher-orbit cousins, the design issues posed compound the financial concerns of those who predict OneWeb will be more expensive than traditional positioning systems in the long run. 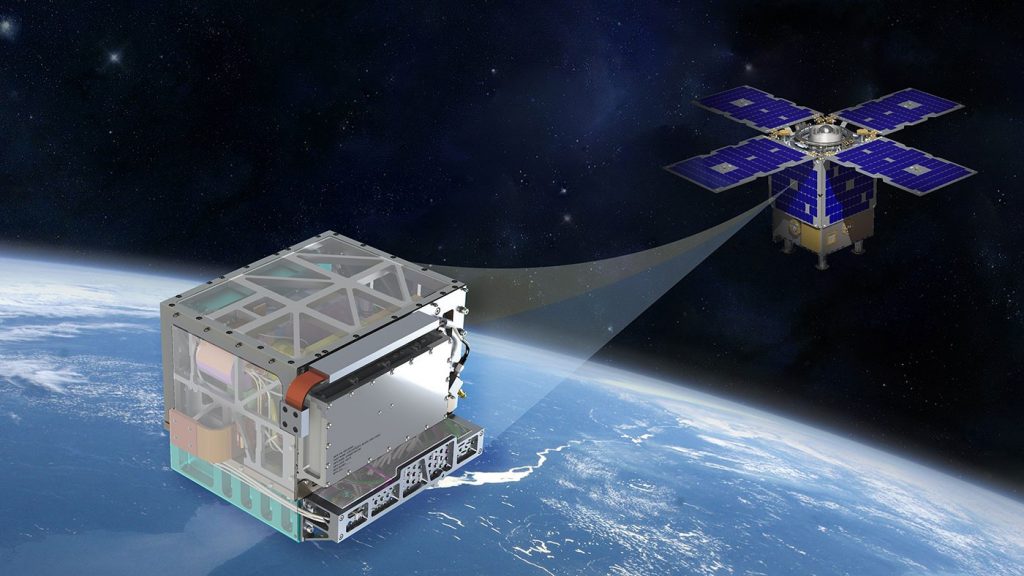 An Artist’s impression of one of NASA’s Atomic Clocks, which are currently in limited supply. Photo Credit: NASA

Further complexity arises from the UK Government’s position as just one stakeholder in a larger public-private partnership, meaning OneWeb will also be required to generate enough revenue to satisfy other shareholders. Attempts to develop a relationship of this type failed in 2007 with Galileo, the European GNSS, and GNSSs are not generally financially self-sufficient. This implies that the new dual-purpose OneWeb may have to dedicate more resources to the communications part of the system than is ideal for the UK government’s purposes. The naysayers have a point; OneWeb was not designed for UK government’s needs, and it shows.

The conflict between the original and new system requirements mean that a pragmatic approach must be taken. Rather than designing an optimised system, the feasible capabilities of an adapted OneWeb must be technically and financially defined first. One possible view of OneWeb’s future comes in the form of Iridium Communications, a LEO constellation operator that has demonstrated PNT capabilities using ‘instantaneous Doppler positioning’. By measuring the Doppler-shift of signals from LEO satellites, and despite a much higher ‘carrier to noise ratio’, recent tests achieved a mean error of positioning of 180m.[xiv] That these LEO signals can augment GNSS solutions by ‘deliver[ing] a time and location solution into environments where GNSS signals are not available’[xv] suggests that some level of compromise design is still feasible for OneWeb. Supporting this compromise is the Government’s own stance, as expressed by Lord Callanan of the UK House of Lords in a July debate; in that the Government believes the investment “is likely to make an economic return”[xvi] (emphasis added), and hence recognising the potential non-financial benefits mentioned in the Department for Business, Energy & Industrial Strategy letter.

Amid the countless sources of risk and uncertainty, a few things are clear. OneWeb offers some significant potential advantages to the UK government, but is also far from optimised for their likely requirements. Its costs will likely exceed the initial $500m price tag paid. However, the Government’s plans for OneWeb are not purely financial, and the future likely involves a hybrid approach that adapts the existing communications satellite constellation’s specifications to provide some level of PNT capabilities as well as higher-encryption communications. This balance between cost and effectiveness may also give the UK control over a unique system with strategic value when combined with, rather than replacing, existing GNSS systems. The University of Leicester’s Dr Bleddyn Bowen argues that “we’ve bought the wrong satellites,” but this may only be true if we retain a narrow understanding of the Government’s requirements of the system. OneWeb cannot replace the purpose-built GNSSs already in place, but it can offer a complimentary system that enhances the resilience and reach of satellite-derived PNT. The debate around the financial and economic value of these services will undoubtedly continue long after OneWeb’s final technical specification is determined, meaning the untangling of the OneWeb web is likely to be an ongoing process for some time yet.

Tom Goulding is an Economic Analyst at London Economics’ Space Team. He advises national governments, international organisations and space agencies on the economics of space, with expertise in GNSS, satellite telecommunications and Earth Observation. He can be reached at [email protected]

[i] The UK government committed $500m for a 45% stake in OneWeb, with Bharti Global, an Indian mobile network operator, providing a further $500m. OneWeb had previously raised $3.4 billion from investors including the Japanese tech giant SoftBank and Qualcomm Technologies. Please see: https://www.ft.com/content/fbb3e996-f2bd-4d12-89eb-d7413ba5f737

[x] Based on an orbital period of approximately 90 minutes: https://www.esa.int/ESA_Multimedia/Images/2020/03/Low_Earth_orbit