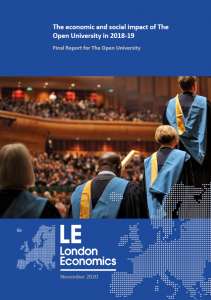 The total economic impact associated with The Open University’s activities in 2018-19 across the UK economy stood at £2,771 million.

Compared to the University’s total operational costs of approximately £450 million in 2018-19, the total economic contribution of The Open University’s activities to the UK in the 2018-19 academic year was estimated to be £2,771 million, which corresponds to a benefit to cost ratio of 6.2:1. This is considerably higher than the ratios associated with many other higher education institutions (e.g. the average benefit-to-cost ratio among Russell Group institutions stands at only approximately 5.5:1). 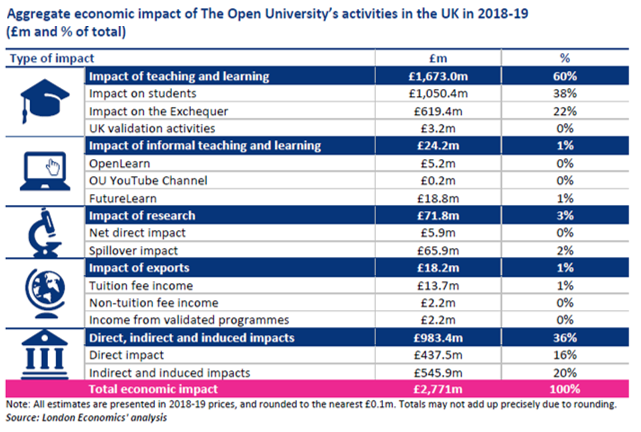