Satellites have long occupied a small niche within the telecommunications ecosystem, but this could change with the arrival of High-Throughput Satellites and mass constellation LEO. Disruptive NewSpace operators pin their hopes on providing mass market broadband to the ‘unconnected’ world, but questions remain over the size of these markets, the cost of user technologies, and the demands of regulators. Farooq Sabri explores these issues in this debut issue of LE’s Space In Focus.

With their distance from Earth, satellites are the only telecommunications platform capable of providing ubiquitous coverage anywhere on the planet. This makes satellites perfect for applications that[i]:

Even so, the high cost and high latency of satellite solutions have restricted satellites to small niches (e.g. direct-to-home broadcasting[iii]) in a telecommunications ecosystem dominated by terrestrial networks.

Terrestrial networks will maintain this dominant position, especially with the roll-out of 5G. However, developments in satellite technologies will enable satellite operators to expand their footprint in areas that require higher throughput, lower latency and more competitive pricing, such as broadband. For example:

Source: London Economics based on SpaceNews and original sources 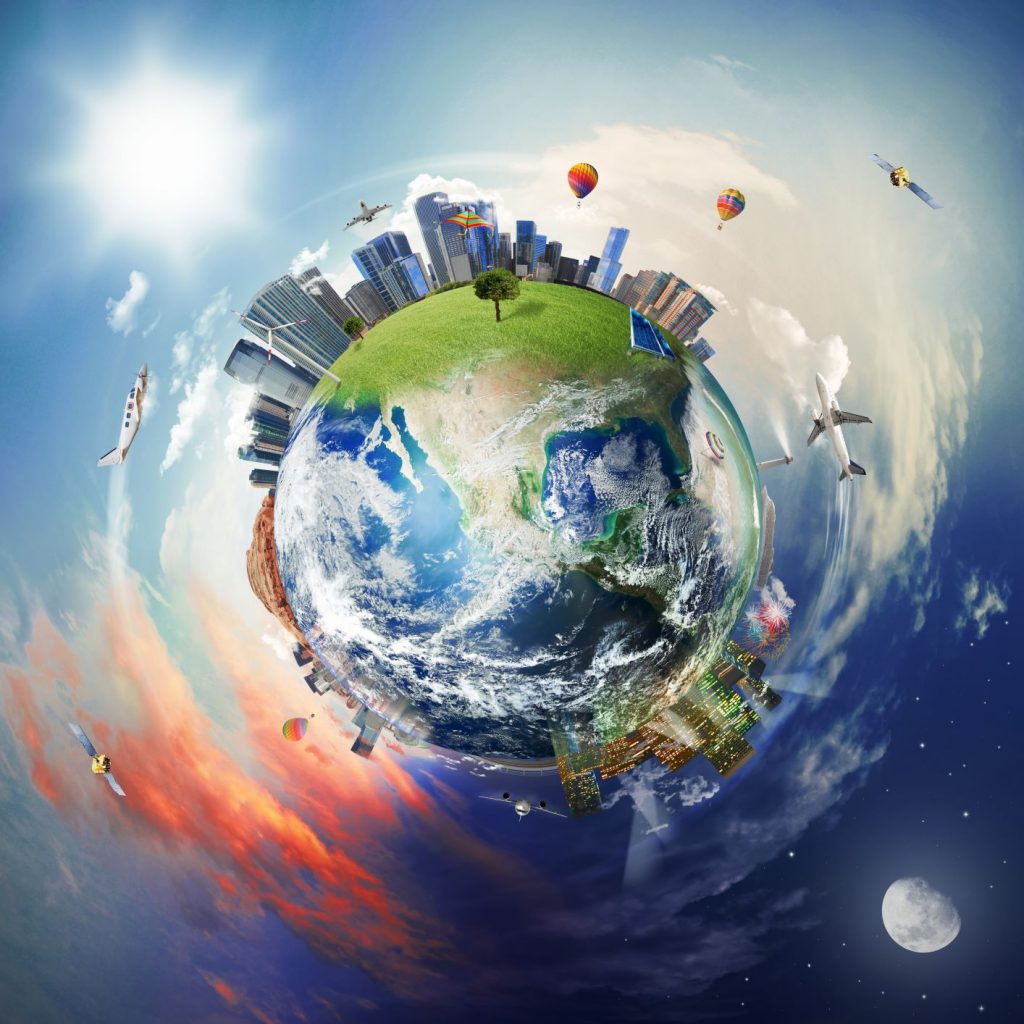 These innovations in satellite technologies could expand broadband to unconnected consumers in the developed and developing worlds, and enhance the service offering for mobility solutions and specialist non-consumer segments (e.g. IoT and mobile backhaul).

The commercial viability of these concepts also depends on three other factors: the potential size of new addressable markets, developments in user technologies (connecting users to satellite signals), and regulation.

The failure of Iridium, Teledesic and other LEO pioneers in the 1990s[viii] and more recent disappointment of O3B[ix] will focus the minds of Bezos, Musk, Wyler and co on the importance of getting these three challenges right.

On the market side, estimates from the GSMA suggest a sizeable unconnected market: the population unserved by any mobile broadband network in 2018 was 750 million people or 10% of the global population. This ‘coverage gap’ extends beyond large chunks of the developing world (more than 300 million people in Africa and 220 million in South Asia) to the developed world as well, with a total of 35 million people in Europe, Central Asia and North America, particularly around the Arctic regions, uncovered by any mobile broadband[x]. This gap is likely to persist long enough to justify satellites as more than just a ‘stop-gap’ solution. While there is much hype that 5G will extend mobile broadband coverage to these regions, such a scenario would imply 5G achieving coverage far in excess of what 4G has achieved to date, more than ten years after 4G’s introduction in 2009.

In reality, LEO satcom’s potential addressable market could extend beyond the coverage gap. Firstly, the ‘usage gap’, or the global population covered by mobile broadband networks but not connected, is more than four times greater than the coverage gap at 3.3 billion people[xi]. Secondly, even those connected by mobile broadband could benefit from the increased competition posed by LEO broadband. For example, millions of Americans are covered by mobile broadband but face few options between providers. Prices remain high but could be forced down with the addition of low-latency LEO providers. Analysis by BroadbandNow suggests that more than 250 million Americans could benefit to the tune of $30 billion in lower broadband costs from the coverage of three LEO constellations[xii].

While estimates of the potential addressable market look promising, the extent of market penetration will depend critically on the advent of low-cost, easy-to-install user equipment to receive broadband signals[xiii]. Low-cost receivers which use flat-panel automatically steerable antennas (needed to track and switch between the large number of LEO satellites) could be the key that unlocks the LEO concept. While the technology exists, the costs of manufacturing are prohibitive[xiv]. The highly price sensitive consumer segment, particularly within the target market of low-income rural communities, will need receivers that cost hundreds (ideally tens) of dollars at most. Economies of scale from volume production could address this need[xv]. The problem then becomes circular: a proven mass market is needed to lower receiver costs, but low-cost receivers are needed to penetrate the mass market. Uncertainty over the survival of LEO operators is also likely to keep antenna manufacturers hesitant over the development of LEO-only solutions[xvi].

A focus on non-consumer segments, such as mobility, mobile backhaul and security/ defence may represent a partial solution. This is because the higher service revenues and performance needs for these segments can support higher terminal costs. Once penetrated, these high-margin segments can generate the certainty, scale and revenues needed to lower terminal costs for the consumer segment. The vertical integration of Musk’s launch (SpaceX), communications (Starlink) and automotive brands (Tesla) could provide Starlink with this opportunity on the back of the vast connected car market. 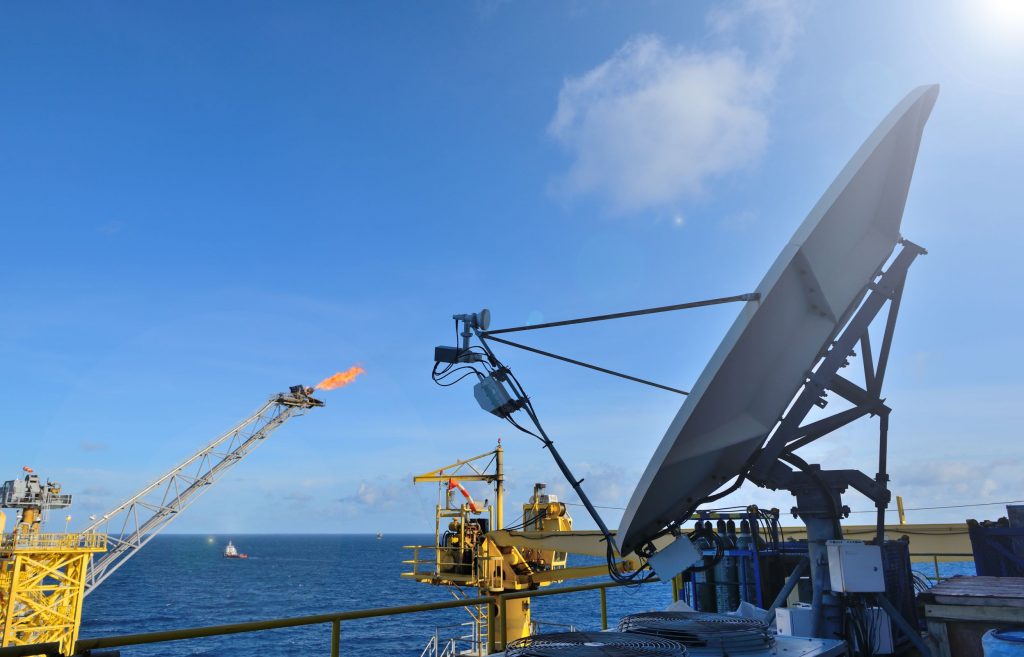 User device costs are not the only challenge. The remoteness of unconnected populations also represents a challenge in terms of user device installation and maintenance. After all, these communities inhabit environments with poor transport infrastructure, lack of access to power grids and, for group-based connections, long distances between backhaul and users and low population densities with which to support CAPEX costs[xvii]. These factors are likely to constrain the business case for a direct business-to-consumer model for satellite operators in favour of a wholesale model where connectivity is sold to mobile operators as providers of a single ubiquitous solution.

Other limitations of LEO

Given the vast capital intensity of LEO constellations and associated ground station infrastructure – with costs ranging from $3.5 billion to $12 billion for a first-generation constellation[xviii] – the speedy penetration of key market verticals will be critical to the cash position and ultimately the survival of these NewSpace operators. This will not be easy, especially given the competition posed by existing GEO providers with long heritage, and existing assets, in markets such as maritime, oil & gas and defence & security. For these reasons, the most resilient operators will be those that have the deepest pockets to survive the critical gap between development and revenue generation.

Another barrier to this vision of a mass market for LEO is the capacity limits posed by the density of LEO constellations. Even with the vast size of proposed constellations, broadband speeds will be limited for large numbers of subscribers. For example, the GSMA estimate that 40 million subscribers would require 40,000 Starlink satellites to deliver speeds of even 1 Mbps[xix]. This compares to (indicative) global average download speeds of 74 Mbps[xx] and the 10 Gbps promised by 5G[xxi]. For these reasons, demand management solutions, such as dynamic bandwidth allocation, or integration of LEO with GEO should be investigated as long-term options for satellite broadband providers. For example, this integrated concept could ensure continuous and demand-responsive low-latency provision at a reduced capital expenditure and higher resilience[xxii].

Even with these mitigations, the technical barriers listed above are enough to limit the serviceable market of prospective satellite broadband operators. This is even before consideration of the regulatory response to key challenges such as the allocation of scarce spectrum, management of orbital debris and mitigation of frequency interference.

The efforts of NewSpace operators and their engagement with regulators suggests that the challenges of LEO are not lost on them. However, we suspect the race to LEO broadband will see some NewSpace operators succeed, more fail and many consolidate. The need for a low-cost ubiquitous solution will likely see the emergence of wholesale partnerships between satellite and mobile operators. Afterall, we find it hard to believe that low-income communities can support the scale of revenues that are needed to justify the capital expense of the dozen or so proposed LEO concepts. Within this environment, we believe that GEO retains an important role. Many GEO operators are differentiated and competitive in many segments[xxiii] and could potentially support an integrated LEO-GEO solution long-term.

Farooq Sabri is a Senior Economic Consultant at London Economics’ Space Team. He advises national governments, international organisations and space agencies on the economics of space, with expertise in launch, Earth Observation, GNSS and satellite telecommunications. He can be reached at: [email protected]

[ii] Backhaul describes connectivity between a core and peripheral networks.

[iii] For example, 48% of the UK Space Industry is accounted for by Direct-to-Home broadcasting, based on LE’s 2018 analysis of the Size & Health UK industry: https://assets.publishing.service.gov.uk/government/uploads/system/uploads/attachment_data/file/774450/LE-SHUKSI_2018-SUMMARY_REPORT-FINAL-Issue4-S2C250119.pdf

[xviii] OECD (2019). The Space Economy in Figures. How Space Contributes to the Global Economy.