Nuclear fusion – creating energy by ‘fusing’ together atoms at high temperatures – has long held the promise of limitless, carbon-free, sustainable, and safe energy. A viable fusion plant, however, has remained just out of reach. Nonetheless, recent developments have raised the level of excitement once again. 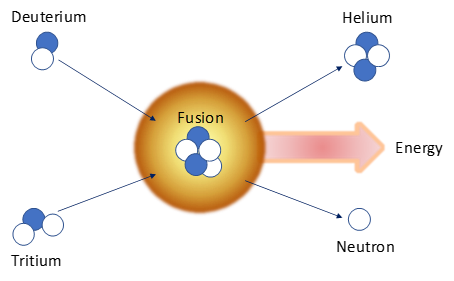 Last month, the search began for a site for the construction of a new nuclear fusion plant in the UK – after an additional £200 million was pledged by the government to fund the next breakthrough in fusion research.[i] The UK is currently home to the Culham Centre for Fusion Energy which houses the world record holder for fusion power generated – the Joint European Torus (JET).[ii]

In 1946, the Atomic Energy Research Establishment was established near Harwell to serve as the centre of UK Atomic research. Harwell was home to the Zero Energy Thermonuclear Assembly (ZETA), the first large-scale fusion reactor established in the UK – and the largest and most powerful fusion reactor in the world. ZETA, which was revealed in 1958, served as an important testing device for fusion developments until its decommissioning in 1968. From its construction at Culham in 1983, the JET has served as the centre of European fusion research.

Fusion energy was successfully generated in the 1990s, with the Tokamak Fusion Test Reactor at Princeton’s Plasma Physics Laboratory (generating 10.7 MW of fusion power in 1994) and at JET (generating 16.1 MW in 1997, from an energy input of 24MW. i.e. Q = 0.67). These sites used Tokamaks (a type of nuclear reactor) which use magnetic fields and superheated plasma to achieve magnetic fusion. Many following fusion experiments have focused on other aspects of fusion energy generation, such as using different reactor design or by experimenting with different plasma superheating solutions, in efforts to reach fusion breakeven. 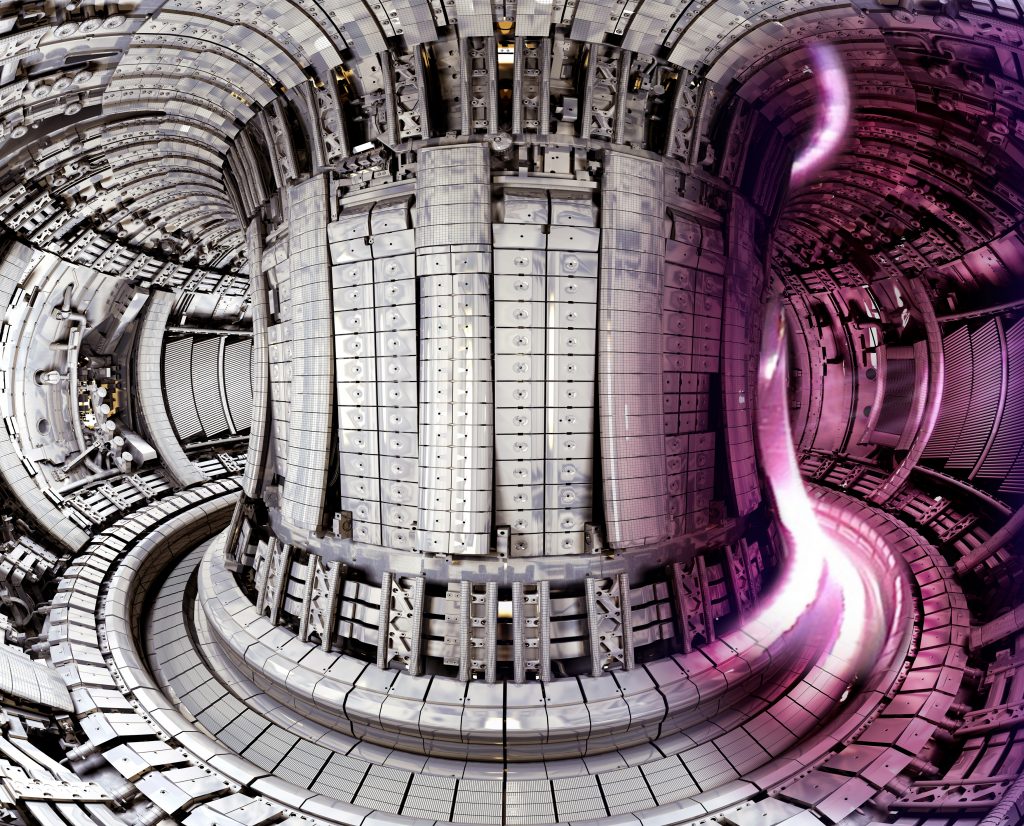 The largest of ongoing fusion projects is ITER, an international collaboration between 35 different nations. This project, which is estimated to be costing upwards of $65 billion[iii] (£47.8 billion), aims to produce 500MW of power from 50MW (Q = 10). Building on the concepts from ITER, its follow-up DEMO is a proposed fusion power station targeting commercially viable fusion energy by the 2050s – producing 2,000 MW of power from 80 MW (Q = 25). The UK is also planning to build its own commercially viable fusion power station by 2040, the Spherical Tokamak for Energy Production (STEP).[iv]

The commercial viability of fusion

For fusion to be commercially viable, it must be sold at a price which at least covers the cost of generation and supply – producing breakeven levels of energy generation being a necessary condition. Cost effectiveness must also be considered, as fusion is competing with other energy sources; fusion must be able to provide cost effective energy even after breakeven generation is achieved. Nuclear fission and wind have Levelized Costs of Energy (LCOE) of approximately $150/MWh (£111/MWh) and up to $50/MWh (£37/MWh) respectively (including costs for managing the intermittency of wind).[v] Recent research has shown that fusion could deliver a LCOE as low as $25/MWh (£18/MWh), significantly more cost effective than other sources of energy.[vi]

Despite the low energy cost fusion can provide, the cost of solar and wind continue to decrease, further raising the bar of commercial viability. In 2020, the UK Department for Energy & Industrial Strategy (BEIS) forecasted solar LCOE falling to £44/MWh by 2025, with the potential to fall as low as £28/MWh by 2040 (in 2016, BEIS forecasted solar’s LCOE to be £68/MWh by 2025).[vii] Cost of wind is also forecasted to fall as low as £40/MWh by 2040.[viii] As the cost of other energy sources falls, the potential commercial benefit of fusion also falls – the value of investing in expensive fusion research decreases if resulting comparative cost savings are slim. However, renewable energy suffers from problems of intermittency – the sun is not always shining, and the wind not always blowing. Fusion can provide carbon-free baseload power to bridge these intermittency gaps, complementing renewable energy. The case for fusion as a commercially viable energy resource thus remains even if other forms of renewable energy become cheaper.

Academics, researchers, and major players within the fusion space claim that commercially viable fusion energy is a question of when, rather than if.[ix] However, in the interim benefits can still be generated from research alone.

London Economics recently completed a study for BEIS, which found that public investment in UK fusion research (which is carried out by the UK Atomic Energy Authority) has generated an estimated £1.3 billion in Gross Value Added (GVA) and has supported approximately 35,000 job years between 2009 and 2019.[x] These figures are from the direct, indirect and induced impacts of UKAEA activities and ITER contracts; however, this does not encompass all potential areas – such as the impact of research itself.

Investment in fusion research also has spillover benefits for adjacent technologies – such as materials research, robotic handling, artificial intelligence, and autonomous vehicles. For example, the UK’s Materials Research Facility was established to analyse materials used in nuclear research, and the Remote Applications in Challenging Environment (RACE) centre was established to develop robotics which could perform maintenance inside nuclear reactors. 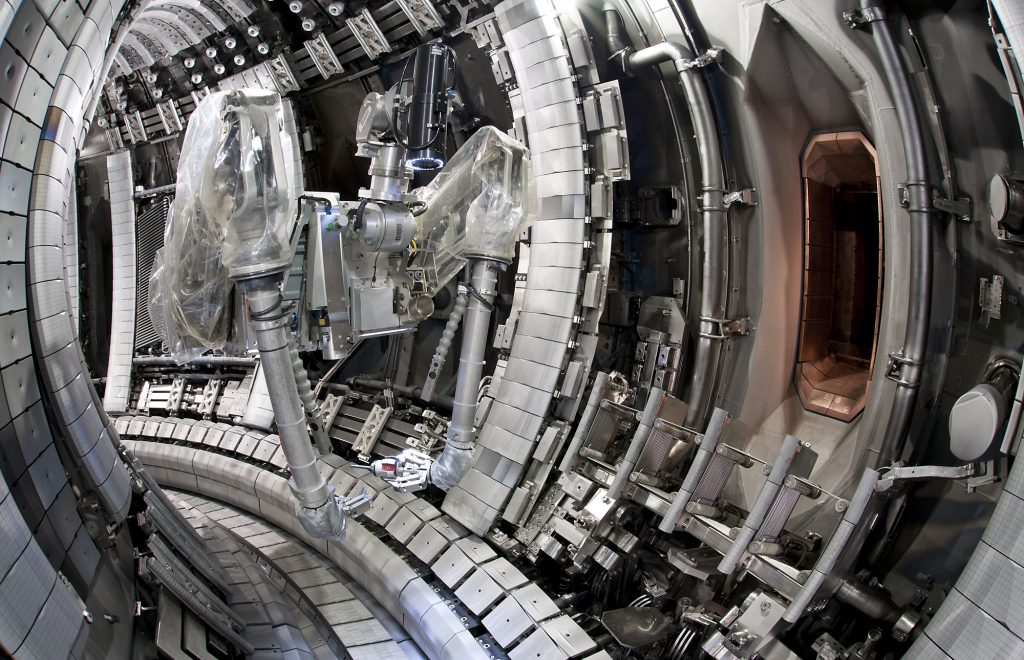 If fusion energy is technologically viable, why haven’t we attained it yet?

Fusion research requires the use of expensive nuclear reactors (such as Tokamaks) which can contribute to construction costs upwards of hundreds of million pounds (even reaching the billion count for larger international projects). Requiring this massive upfront investment may result in fusion energy researchers and organisations becoming trapped in the ‘valley of death’ – the space between research and commercialisation.[xi] For firms which cannot prove a pathway to commercialisation, enticing investment to cross this valley is a challenge – for fusion energy (in which commercially viable fusion energy is not yet attained), this is especially difficult.

This high level of required investment is coupled with fusion reactors being large, complex projects with long development and construction times, making fusion energy a long-term high-risk investment. Not only are investors unlikely to receive a short-term return on their investments, but there is also the potential that these innovations may be entirely incapable of achieving fusion energy at a commercially viable level. Coupled with the perception that fusion energy is ‘always 30 years away’ (and potentially unattainable), investors with low appetites for risk may be dissuaded from the fusion research space.

Another problem preventing the attainment of fusion energy is its slow rate of innovation implementation. Fusion innovation occurs in cycles, with the construction of new generations of fusion reactors only commencing once the previous generation has started operation.[xii] No major design evolution can be implemented before the preceding generation has proven the efficacy (or lack thereof) of the current generation. This causes a technology lock-in, where new discoveries and innovations struggle to be implemented in a timely manner, slowing the rate of innovation. Compared to other energies (such as wind), the rate of growth, innovation, deployment, and adoption is significantly slower.

However, once major fusion reactors are established, they can be used to test new innovations with continuing upgrades and capital investment. First proposals for the JET were completed in 1975 with its first experiment commencing 8 years later in 1983. Regular experiments and upgrades continued to be ran at JET in the following years, including a 15-month shut down in 2009 to construct upgrades needed to test concepts from the upcoming ITER design. These fusion experiments and reactors can continue to be useful for many years – especially with further investment into upgrades and new innovations; however, this does not preclude fusion’s need for both lengthy initial construction times and continuing capital investment required to research new innovations.

How is fusion research progressing now?

Despite the high levels of investment required, high risk and a slow innovation cycle, private investors have started to become interested in capitalising on the potential future of energy, and several entrants, start-ups and spinouts are championing their own pathways to fusion energy.

Examples include Tokamak Energy, a firm which grew out of the Culham centre who are promising a demonstration of feasible fusion energy by 2030, using a smaller tokamak of their own design.[xiii] First Light Fusion is another firm (spun out from the University of Oxford) who are pursuing an alternative approach to the one pursued by UKAEA and the ITER project.[xiv] These firms have managed to raise millions of pounds of investments from both public and private funding sources[xv],[xvi].

Between colossal international projects (such as ITER), national public and private sector efforts, the pathway to commercial fusion is littered with well-funded and innovative approaches – the future of fusion energy looks bright indeed.