Nama Holding, the holding company for the state-owned electricity network companies in Oman, today signed the contract for the sale of a 49% stake in the country’s electricity transmission network operator, the Oman Electricity Transmission Company SAOC (OETC), to State Grid International Development Ltd (SGID), a subsidiary of the State Grid Corporation of China (SGCC).

In a first for the team, London Economics acted as joint lead transaction advisors together with financial advisors Lazard Frères, as well as providing economic and regulatory due diligence. Herbert Smith Freehills acted as legal counsel to Nama Holding, Al Busaidy, Mansoor Jamal & Co as local counsel, ESB International as technical consultant and EY as accounting and tax consultant. 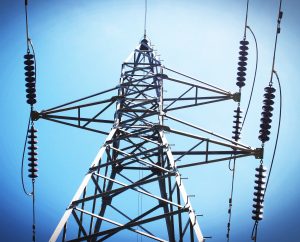 Through this privatization program, the Government of Oman intends to attract foreign direct investments into the country and promote private sector participation as part of the wider nation-building process. The objective is also to harness best-in-class technologies and technical & administrative expertise in these companies, which will result in an improved customer satisfaction and a more efficient resource utilization. This will, in turn, translate into a more optimized economic cost per unit of electricity supplied over time.

In October 2018, the first phase of this privatization program was launched at a press conference held in London, by announcing the sale of up to 49% of the shares held in Oman Electricity Transmission Company SAOC (OETC) and up to 70% of the shares held in the Distribution & Supply Companies. Eligible international entities were invited to participate in the process and submit Expressions of Interests (EOI).

At the conclusion of the process, State Grid International Development Ltd. (SGID), incorporated in Hong Kong, was declared the winning bidder. SGID is the wholly-owned subsidiary of the State Grid Corporation of China (SGCC).

On December 15th, SGID and Nama Holding signed the agreements pertaining to the sale of 49% shares of OETC, during a ceremony held in Muscat, Oman. The OETC transaction is conditional only upon the approval of the Authority for Electricity Regulation, and (subject to satisfaction of this condition) completion is expected to occur in early 2020.

Nama Holding, formerly known as Electricity Holding Company, started its commercial operations on 16 September 2003. Nama Holding holds share in ten companies involved in the procurement, generation, transmission, supply and distribution of electricity and water related services. It holds 99.99% of the shares of the Government in eight subsidiary companies in the electricity sector and 98.10% of the shares of Dhofar Power Company. It also runs a training and competency development company called Nama Institute for Competency Development (NICD). The operations of all 10 subsidiaries are spread across Oman, covering the needs of the entire country.