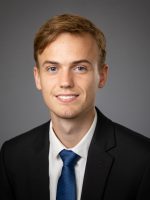 Jack Booth is an Economic Analyst at London Economics, working across a number of sectors with a particular interest in education and labour markets. His role includes quantitative work involving data collection and cleaning alongside qualitative research such as conducting literature reviews. Jack has worked on projects for clients such as the European Commission.

Jack holds a BSc (Hons) in Economics (International) from the University of Leeds, which included a Year Abroad at Lund University in Sweden. At both institutions he developed skills in econometric modelling using both Excel and Stata. Before joining LE, Jack worked for the Department for International Trade, assisting with research looking at the economic impact of potential trade deals on the UK economy.